Home » About Prairies » Status of Biodiversity

Biodiversity (or biological diversity) is the variability among living organisms from all sources, including terrestrial, marine and other aquatic ecosystems; and the ecological complexes of which they are part. This includes diversity within species, between species and of ecosystems (Source: The Convention on Biological Diversity). Maintaining or improving biodiversity within the prairie and parkland regions of Alberta has always been a focus of the PCF. Our last three PCAPs have focused on three main overarching outcomes aimed towards this: maintain large native prairie and parkland landscapes; conserve connecting corridors; and protect isolated native habitats.

The PCF worked with the Alberta Biodiversity and Monitoring Institute (ABMI) to produce ‘the Status of Biodiversity in the Grassland and Parkland Regions of Alberta’. This report presents data, as of 2013, on several indicators of environmental health (species, habitat, and human footprint) for the Prairie Region of Alberta. It also looks specifically at an area that the PCF refers to as the ‘High Value Landscape’, an area characterized by large, mainly intact tracts of native grasslands. The main finding of this report was that only 37% or the Prairie Region of Alberta remained as native vegetation, and that the High Value Landscape had a Biodiversity Intactness Index of 69%, versus 53% in the remaining areas. Please read the report for more details on this important work. 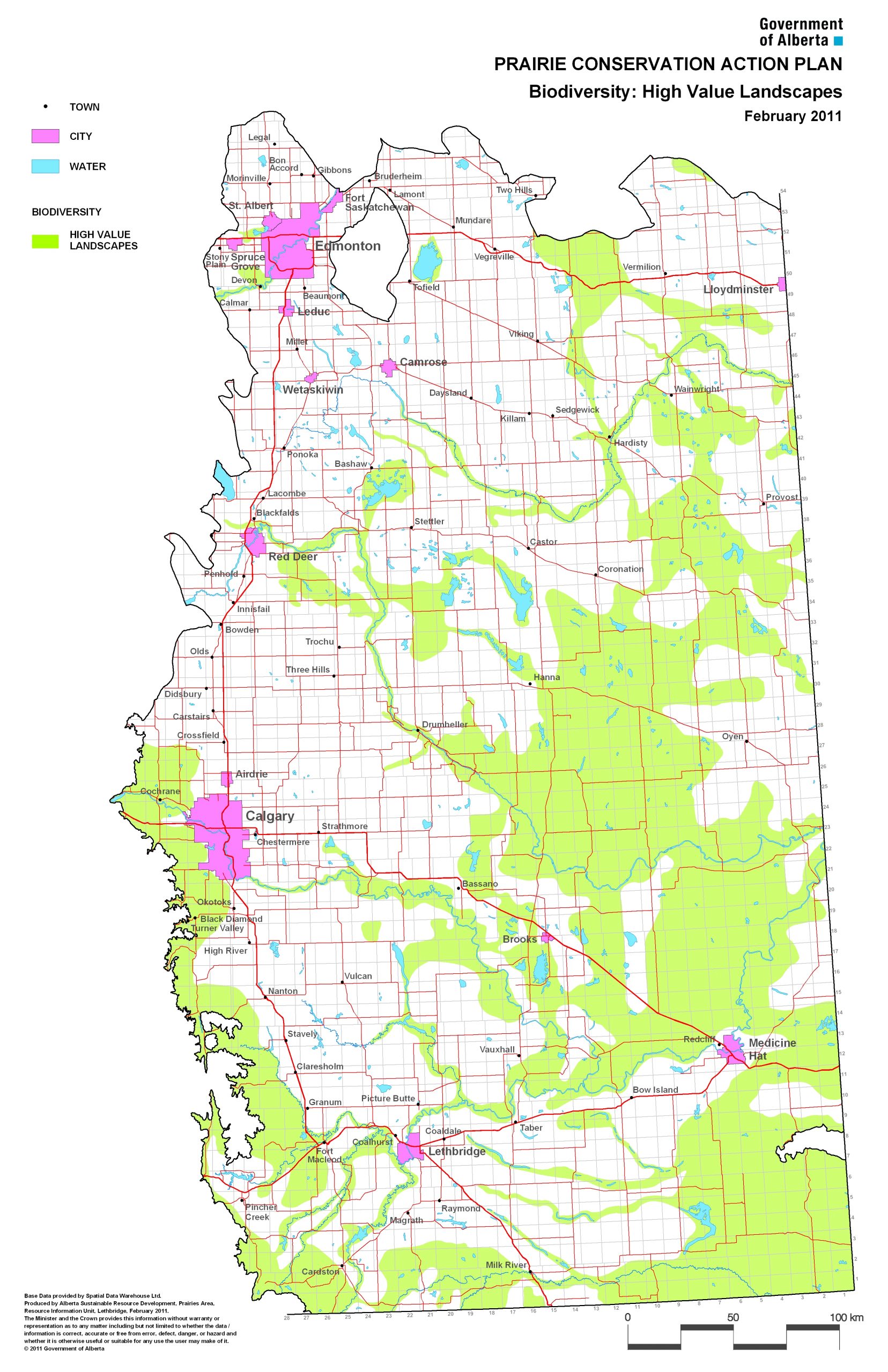