The 2021 TGP Workshop was held online. For those that missed it or those that need to view the sessions again they are recorded and can be found below.

In 2016, Alberta Prairie Conservation Forum initiated the Transboundary Grasslands Partnership recognizing that the environment doesn’t respect human boundaries. Watersheds, wildlife, air quality, invasive species…all parts of the environment transcend multiple boundaries on any given landscape. These boundaries are real and can impact the environment and our human objectives for it, especially at the edges of jurisdictions.

Alberta partners proposed  joint workshop to explore the interest for a broader transboundary partnership with Montana and Saskatchewan.  Objectives of the first workshop included: 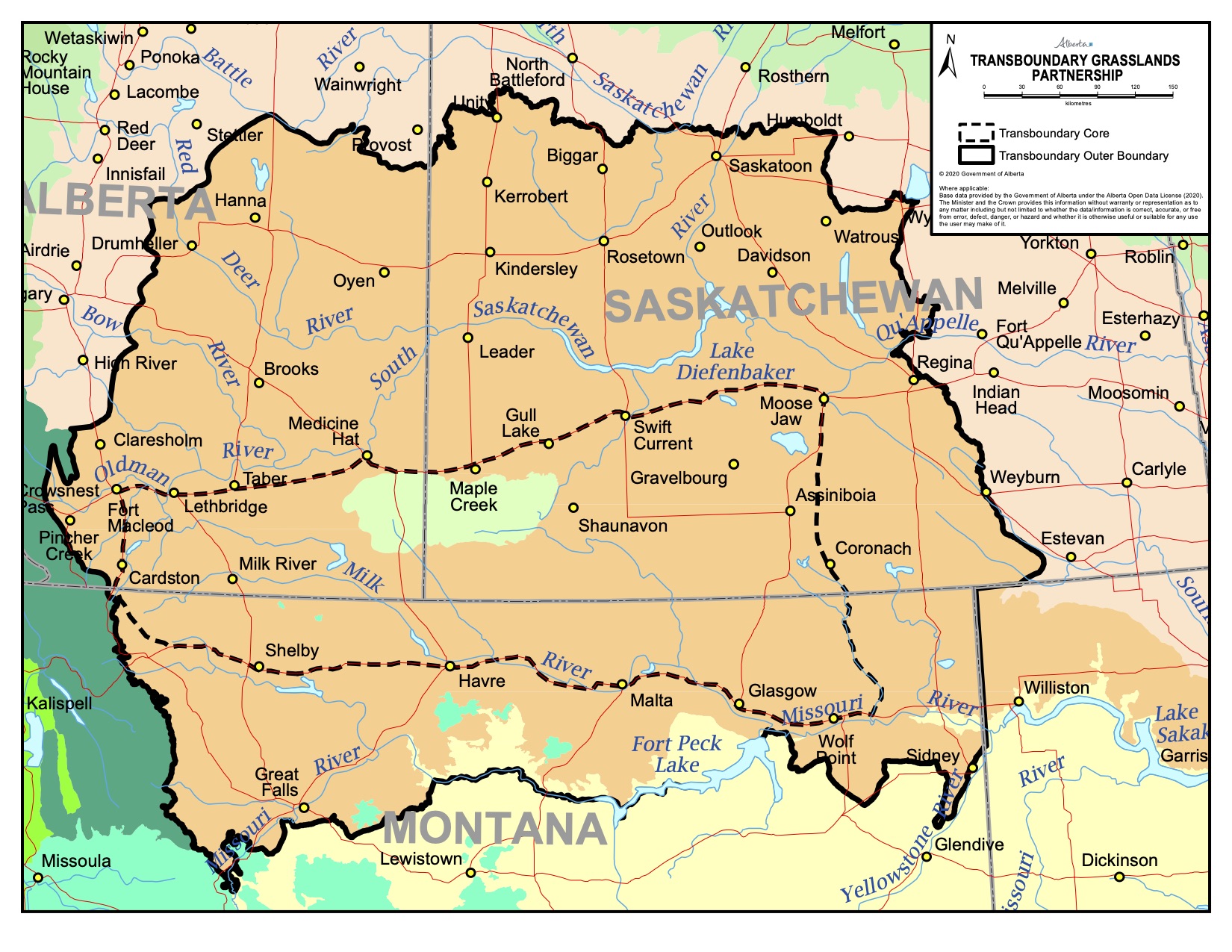 The Northern Great Plains spans more than 180 million acres crossing 2 Canadian provinces and 5 American States. It is one of only four remaining intact temperate grasslands in the world.

The TGP is one example of a grassland partnership that collaborates with other jurisdictions; other partnerships include:

This is a collaborative guide to increase conservation of North America’s Central Grasslands, which span 500 million acres across Indigenous Lands, Canada, the United States and Mexico. By bringing together 8 diverse sectors, (Indigenous communities and Nations, province and state-level agencies, industry, private land owners/managers/producers, academia, non-governmental organizations, foundations, and federal governments of Canada, the U.S. and Mexico), the Roadmap identifies common principles and collaborative priorities for the many people and organizations living, working on and influencing the Central Grasslands. 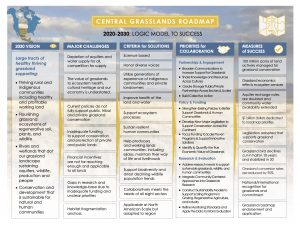 In southern Alberta, native grassland and watershed initiatives include:

Check out this list of many more grassland partners in Alberta

Montana’s Northern Great Plains encompass some of the largest most significant grasslands remaining in the United States.

The PCAP Partnership represents the collaborative efforts of multiple interests toward promoting and conserving Saskatchewan’s native prairie. The PCAP Partners work together to deliver innovative and critical prairie conservation activities that represent the shared objectives of a diverse mix of stakeholders and that benefit the social, cultural, economic and ecological fabric of Saskatchewan.